MHPAEA, also known as the Federal Parity Law, requires insurers to cover illnesses of the brain, such as
depression or addiction, no more restrictively than illnesses of the body, such as diabetes or
cancer. Learn more about parity progress and areas for improvement through the resources below.

Parity at a Glance

As rates of suicides and overdoses continue to climb nationwide, mental health parity is more important than ever. Unfortunately, studies have shown that many insurers are still not in compliance with the Federal Parity Law. A 2017 report by Milliman confirmed that reimbursement rates for mental health and substance use disorder treatment providers, through private insurance plans, were far lower than reimbursement rates for other medical providers, relative to Medicare rates. When insurance plans do not reimburse providers adequately, many choose not to participate in the plans’ networks. So, when someone makes a decision to seek help – yet they are unable to find a provider in network – they often have to go out-of-network, resulting in higher costs. Many people give up simply because they can’t afford treatment. For this and other reasons, parity has become a human rights issue.

Click the image below to learn more about Common Parity Violations such as setting limits on how many days a patient can stay in a treatment facility or how many times they can see a behavioral health provider.

Visit Parity Registry to learn how to file an appeal with your health plan after being wrongfully denied coverage for mental health or addiction treatment services, send a complaint directly to state enforcement officials, and more.

In recognition of the 10th anniversary of the Federal Parity Law, this first-of-its-kind consumer action campaign was designed to empower American families to fight back against illegal insurance denials of mental health and substance use disorder treatment services and spark a movement that pressures elected officials, insurance commissioners, and attorneys general to enforce parity laws. Don’t Deny Me is a collaboration between The Kennedy Forum and 21 partner organizations in the mental health and recovery community. 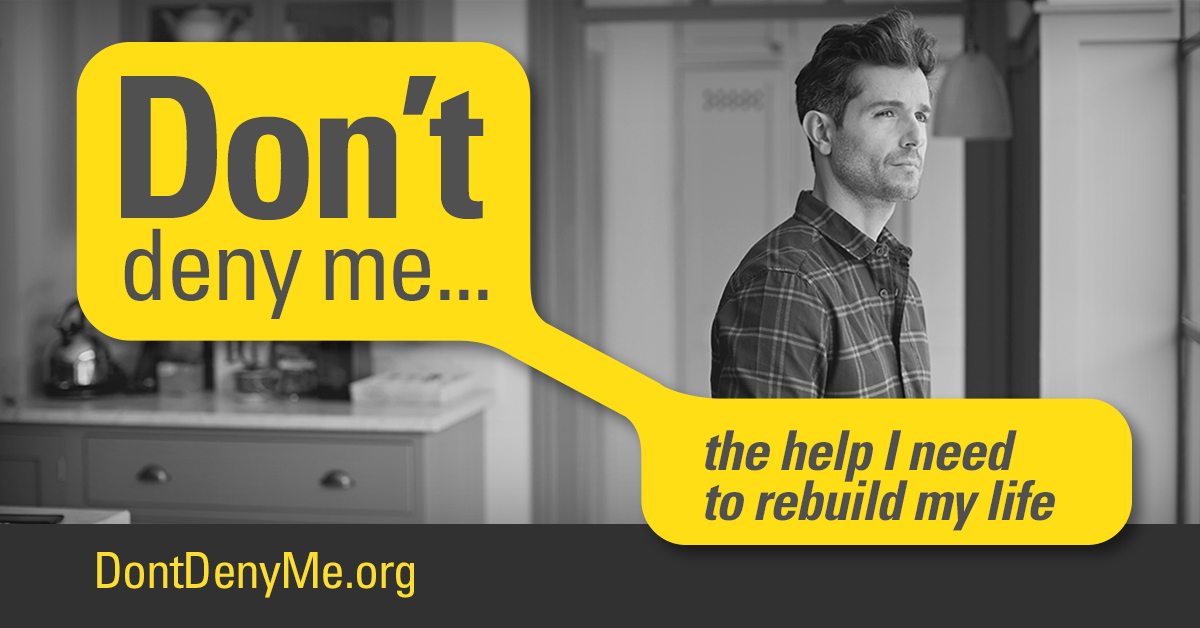 This three-year campaign strives to unite local and national advocates in 10 states to pursue full enforcement of the Federal Parity Law. State-based work ranges from researching treatment and policy landscapes and conducting extensive public/ provider education about the Federal Parity Law to working with legislators, regulators, and attorneys general to develop more effective compliance and enforcement frameworks. Parity at 10 is a collaboration between national and state advocates and is being spearheaded by the Legal Action Center (LAC), The Kennedy Forum, Center on Addiction, Partnership for Drug-Free Kids, and Public Health Management Corporation.

Celebrating a decade of the Parity Act by Ron Manderscheid, PhD, Exec Dir, NACBHDD and NARMH.

Provide a letter grade for the quality of each state’s parity statutes, in addition to a listing of key issues and recommendations, and relevant stats regarding the mental health of residents.  For more information on individual state parity report cards, please contact Megan Douglas (mdouglas@msm.edu).

Describes the process that was used to identify key elements of legal codes relating to parity across all 50 states and summarizes the research that assessed the strength and quality of statutes using a quantitative and systematic coding methodology. 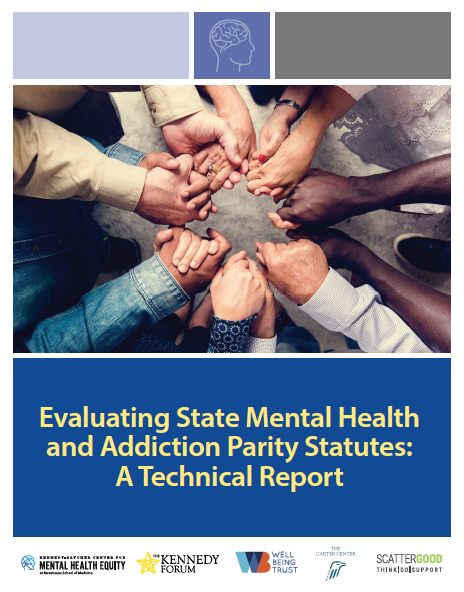 Provides an overview of state parity research findings and policy recommendations; information about the 2008 Mental Health Parity and Addiction Equity Act and how specifics of the law relate to the Affordable Care Act; and an explanation of differences between state and federal parity laws. Also provides examples of strong state parity laws and offers tips for how to hold states accountable for mental health parity moving forward. 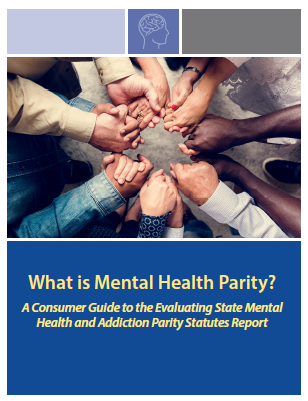 Use the social media images, website banner, and text listed below to spread the word about the anniversary of the Federal Parity Law and the state report cards. 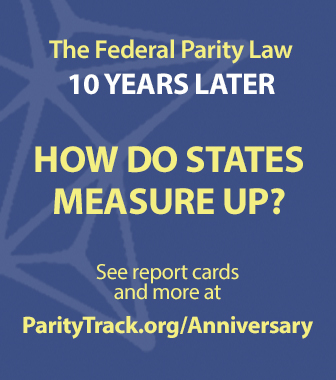 As rates of suicides and overdoses continue to climb, the Federal Parity Law of 2008, which requires insurers to cover illnesses of the brain, such as depression or addiction, no more restrictively than illnesses of the body, such as diabetes or cancer, is more important than ever. Sadly, many insurers continue to discriminate against those with mental health and substance use disorders because the law is not being adequately enforced. Learn more about parity in your state: www.paritytrack.org/anniversary
#ParityIsEquality

As rates of suicides and overdoses climb, the Federal Parity Law, which requires insurers to cover illnesses of the brain, such as depression or addition, no more restrictively than illnesses of the body, such as diabetes or cancer, is critical. https://bit.ly/2D6e9IW

Thank you to Well Being Trust for supporting “Evaluating State Mental Health and Addiction Parity Statutes.”

Thank you to The Carter Center, The Kennedy-Satcher Center for Mental Health Equity in the Satcher Health Leadership Institute at Morehouse School of Medicine, Global Mental Health Program at Columbia University, Indivior, Sunovion, and Sutter Health for supporting the 10th Anniversary of the Mental Health Parity and Addiction Equity Act event. 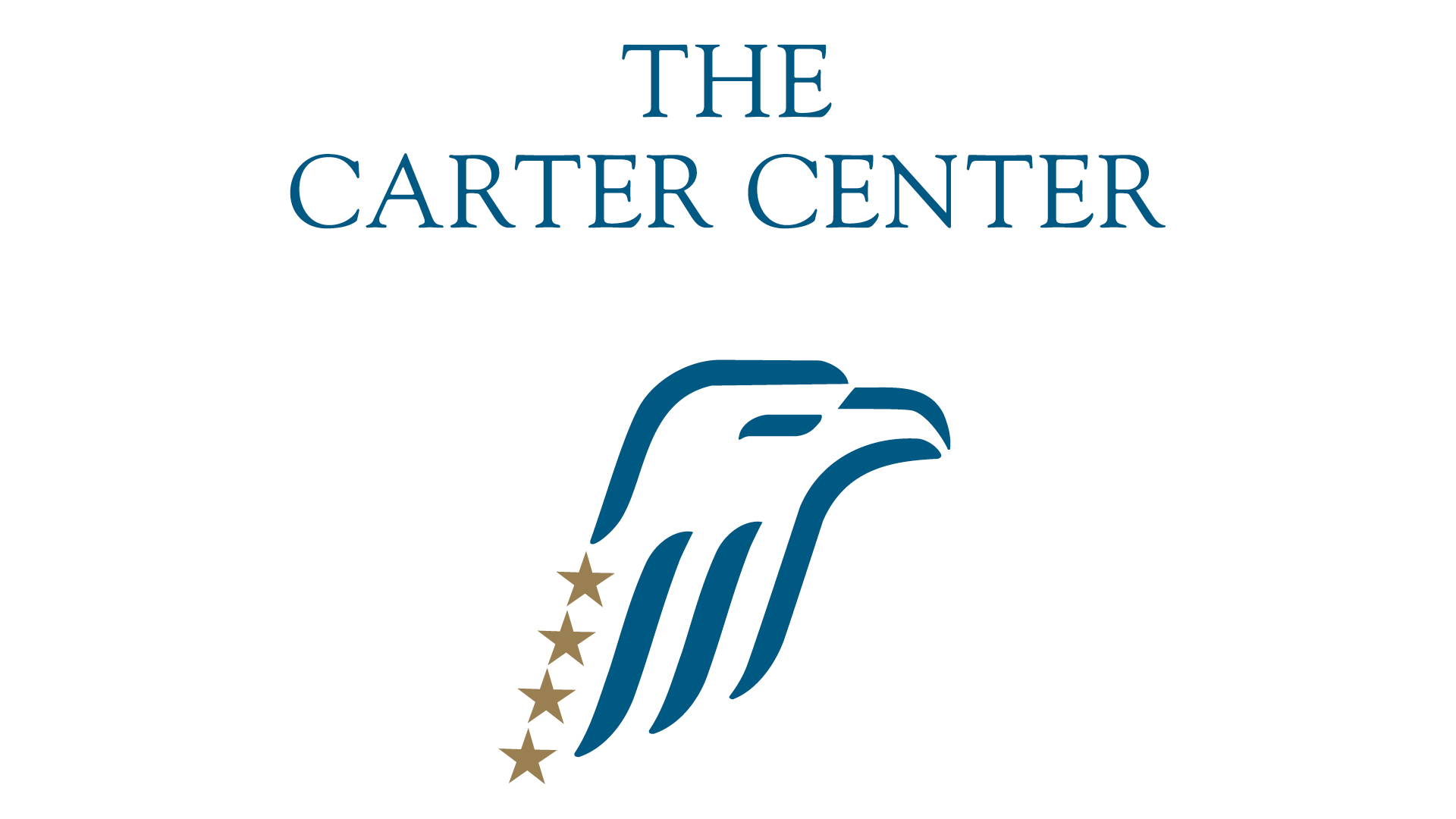